After a rewarding and hard working week, the penultimate day of the project was spent “in the wild” journeying to and exploring the Cloud Forest. 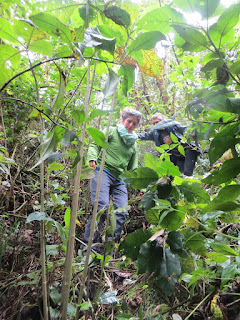 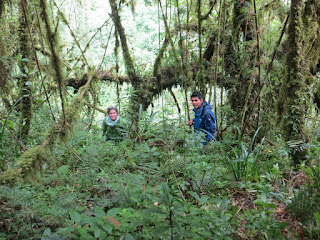 The field trip allowed the team to experience the natural habitat of the frogs we have been working with over the week. Sophia and Gabriel kindly accompanied the group, guiding members through the jungle terrain. Navigating among trees, vines and steep declines provided a further challenge to the activity, but nevertheless the task of hunting for frogs was enjoyed. During the trip we were also educated upon the five species which can be found in the forest and the causes of a recent extinction. For example the presence of a fungus, commonly found in colder climates. Which interfers with the diffusion of oxygen via thickening of the frog´s skin. This has led to the hypothesised extinction of one specific species, which has not been seen for ten years. Continuing the theme of ´frogspotting´ from earlier in the True Adventure team project, the frog guerilla tactics unfortunately led to no direct frog sightings. Although, this was likely more a result of frog sleeping habits (the majority of activity occuring later in the day rather than in the morning) as opposed to devious amphibians. 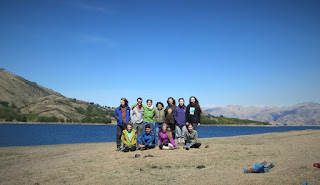 The return journey consisted of a scenic lunch break with a lagoon as the backdrop to classic English cheese rolls and crisps. The Cloud Forest trip provided an alternative view of conservation, and of the Bolivian Amphibian Intiative, allowing the team to both rest before our final day of the project in Cochabamba, and to explore a refreshingly new part of Bolivia. The contrast between the cool forest and the heat of the previous days and the opportunity to search for frogs in the wild, made the day a clear highlight of this portion of our trip.

The last day of our project with the Bolivian Amphibian Initiative, was spent continuing the tasks of the 18th of July. Initally both of the two teams collected nutrition for the frogs: woodlice and worms. Teams either searched in worm beds or around the museum grounds and then had the opportunity to directly feed the frogs.Container two, the tanks and the laboratory were the main settings of the morning. Team members then recorded the type of food, the number of frogs who were suceessfully fed and any abnormalities. This activity gave insight into the daily running of the project, and  the chance to observe the frogs on a much closer level. After a short break the afternoon contained further use of the colourimeter to test the levels of chemicals such as anomia, nitrite and the hardness of the water (level of calcium carbonate) assessing the quality of the water, using samples from the project itself. The water quality is a vital portion of the project as an imbalance in a certain chemical can negatively impact the frogs, for example mating success or even survival. Meanwhile, the other team aided with management of the collection, recording details for the inventory. A notable example being a giant frog from Lake Titicaca. The team also reflected upon the overall project, commenting that the variety of tasks during the week made for a highly diverse and interesting project. The opportunity to practice Spanish and see tasks through from beginning to end, made for a fulfilling week. Many thanks to the Museo de Historia Natural Alcide d'Orbigny and the Bolivian Amphibian Initiative, for the unique access we have had to the world of conservation and special thanks to Adriana, Sophia and Gabriel. We wish the project all the best in the future. 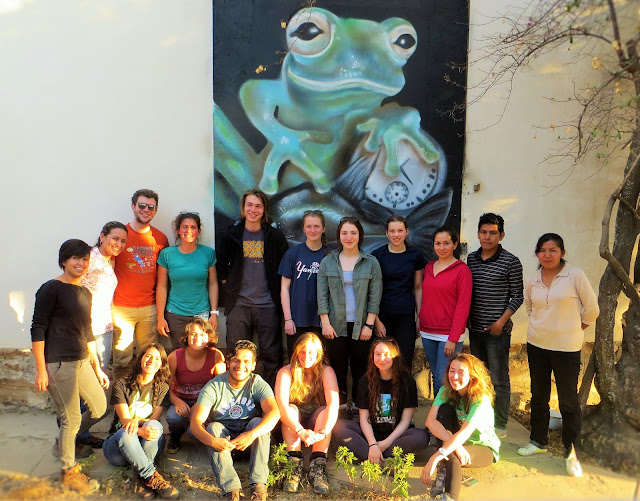