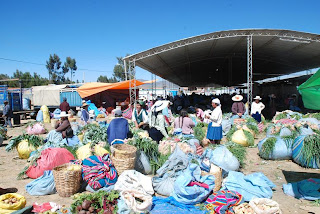 Bolivia is a mega-diverse country holding a large percentage of the world’s biodiversity. This richness contrasts with the poor knowledge of its biodiversity and lack of economical resources.

Bolivia holds more than 250 amphibian species, more than 45 of these species are endemic, many have restricted ranges and c. 35 are threatened. Additionally, many species are ‘data deficient’ as we know little regarding range, ecology and populations sizes. Recent work has highlighted priority areas for amphibian conservation, such as the Andean slopes. But gap analysis has shown that there are a number of areas (e.g. the Yungas forests and Dry Valleys) with tremendous richness and endemism which hold habitats that are severely threatened and very poorly known regarding amphibians. 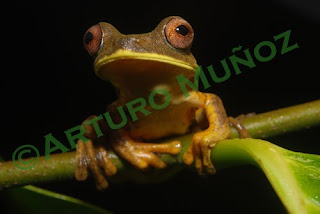 Also, more worryingly, a number of sites (even within protected areas) require immediate conservation action. Therefore the work outlined in this proposal agrees with the current priorities of the Bolivian conservation and scientific community for amphibians; namely increased knowledge for certain areas, sites and species in tandem with community activities to reduce habitat loss at high priority sites.

The amphibian decline has been acknowledged as a global conservation priority. Several countries have implemented amphibian conservation schemes, but Bolivia has no such strategy. This project combines three main components: 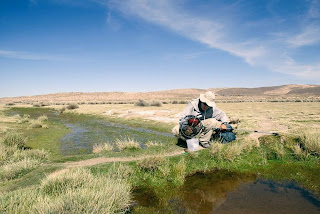 1. Amphibian surveys: We are providing information on range, ecological requirements and abundance for a number of data deficient, restricted range and threatened species. This data is absolutely crucial to allow the Bolivian conservation community to assess the current threatened status, develop and initiate realistic conservation measures like future captive breeding programs.

2. Training: Park-guards, members of local communities and students in amphibian survey techniques. This will increase the data collected during surveys and provide interested and receptive individuals from communities and protected areas that will support the development of future monitoring, conservation education initiatives. 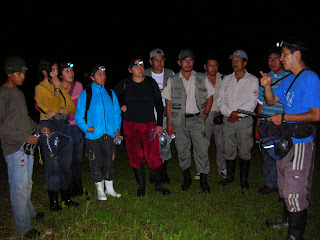 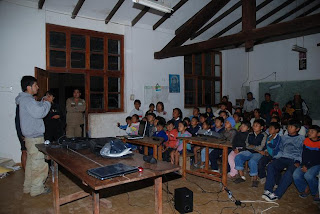 4. We are working in a pilot amphibian captive breeding component, and in a future protect them from extinction, and also for education purposes. 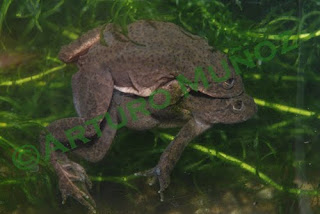 Telmatobius hintoni a couple in amplexus
This is one of the critically endangered species that we are working with, following we will share with you the work we are developing to understand and protect this species 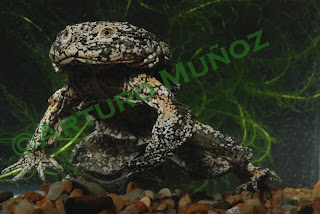 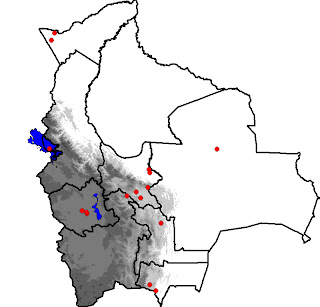 Some of the sites where we are working with the project