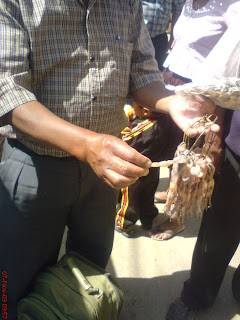 Just a couple of days after our last update in the blog we had news about Telmatobius. We received a call from our colleague herpetologist telling us that somebody was selling frogs in the local market here in Cochabamba city, that the species was Telmatobius culeus a critically endangered species (http://www.iucnredlist.org/apps/redlist/details/57334/0).
It is amazing how easy is to have this kind of situations where a critically endangered species that have to be protected now you can find in a local market and buy alive or dead like medicine or that can help you with you capacity to learn…. 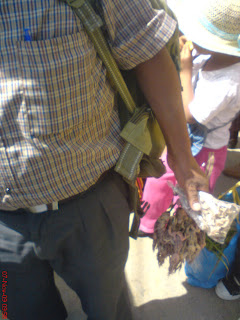 This man told that he is from Peru and if we want more frogs we can ask him (gave us the cell phone) and he can provide us the size we want and the species we want because he knows some other places with frogs in Peru… the interesting thing is that in our study area the local community told us that Peruvians go to those communities and buy the frogs for just a couple of bolivianos (local money) and they take entire buckets, sometimes full with frogs.

It is important to try stop this situation before they expand this, because it is not a traditional 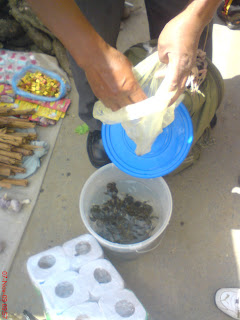 use of the species, this use it was recently introduced in the country and now it is in Cochabamba city, about at least 12 hours from Titicaca lake, so it is not a occasional activity like it says in this article http://www.la-razon.com/Versiones/20090705_006779/nota_277_839363.htm .
Now we have another thing to be aware and also we need to start working closely with the government, local authorities and media to try to protect the species. (we want to thank Oliver Quinteros that provided the pictures)

Hope for the frogs 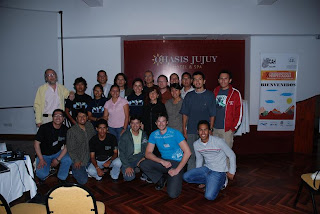 Recently a lot of new things happened, first we went to X Congreso Argentino de Herpetologia in Jujuy Argentina, and we presented our 2 works, one the Bolivian Amphibian Initiative and the second our captive breeding project. Also we found the same pattern that in Bolivia that several populations of Telmatobius in Argentina are not present anymore. A bad new, now the Cytrid fungus is almost in all the Bolivian Andes and now we need to do more research to see what is really happening with the species present in the area, because nothing is known about the impact that is having this phenomena.

After the meeting in Argentina we had several new contacts and now there are people and institutions that want to support the initiative and to try to act now to save the high Andean species of frogs, specially the Telmatobius genus. We really hope to obtain good results and that more conservationist can join to this work taking out the personal interests and to work for the Bolivian frogs.

After the meeting in Argentina we came back to Bolivia and did some fieldwork in Tarija Department; with the support of the SERNAP and the parkguards of the protected area we went back to some localities to try to find some populations of Telmatobius that we found in 2000, 2001 and 2004. It was great, because we worked closelly with the parkguards in the field work teaching them about the amphibian situation and also about amphibian work. We found the species in several water bodies and several of them; the only strange thing was that we found just tadpoles, just in one stream we found adults. We don’t know exactly the reasons for that, but the tadpoles we found looks like in good conditions and with the vocal structures complete that means possibly that the fungus is not present yet in the area.

We decided to take some of them to our captive facilities to try to breed the species and now we have some tadpoles that can help the species just in case the fungus arrives to the area that is just time to wait for that. Now that the fungus is almost everywhere we need to be careful in our fieldwork with biosecurity procedures, that almost nothing or nobody is doing anything.

High Andean Bolivian frogs are under a presure and specially these last years, a lot of things are needed to protect them, but there is also hope and now after the new events when more people and institutions are interested to work with the conservation of the species and try to save them. We just hope all this will go for a good way because here are the frogs in between. 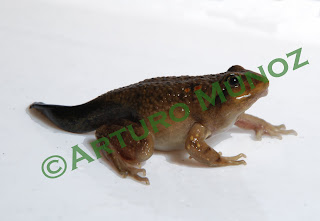 a tadpole of our fieldwork that is going frog