Our first snorkel in the lake 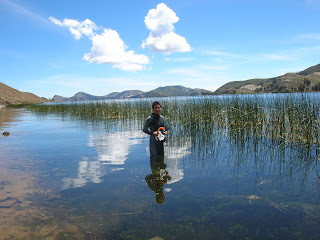 We went to Titicaca Lake to test the new wetsuit for the monitoring program of the populations of the Titicaca Water Frog Telamtobius culeus, we worked with the local community that supported us in the lake with the boat and the time they worked with us. The temperature of the water was good, not too cold and the underwater view was amazing, probably could be a very interesting way to work with one kind of tourism in the lake (snorkeling in the lake to see the Titicaca Water Frog). this kind of activities can help the local communities to have a extra income and at the same time can help to protect this critically endangered species of frog.This day we had two times in the lake, the first one in the morning 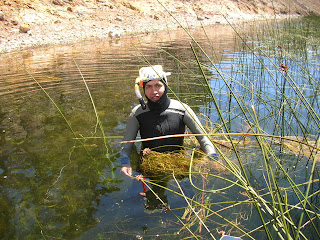 about 3 hours when the weather was very calm and sunny that was ideal to snorkel with the company of don Hilario, after a couple of minutes we were able to see some species of fish, and also among the vegetation we found the aquatic frog resting in the bottom of the lake at about 1 meter deep, those frogs were very well camouflaged with the substrate and some of them with the vegetation. We found in this time several individuals of frogs and fortunately not like before, this time we did not find dead animals, all the individuals we found this time were in very good conditions. We want to thanks Durrell Wildlife Conservation Trust, rufford Small Grants, Kennet Lundin and Gerardo Garcia for the support in some of the equipment used in this project and teir support to develope this conservation initiative.
Following I show you some of the pictures of this amazing adventure: 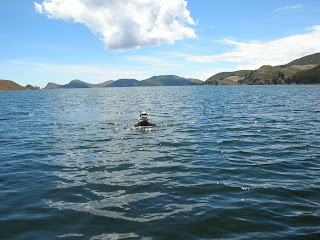 Testing how deep can we go in the lake 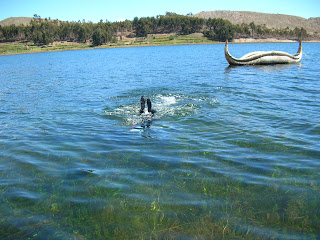 Catching one frog among the vegetation 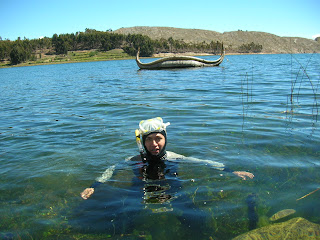 The frog man in the lake 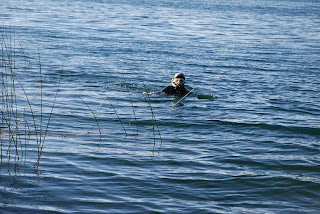 lake, most of them kids and with Gustavo, our local partner that is taking data about the frogs that are captured in the fish nets everyday. Soon he will join us to monitor the population of this frog with the wetsuits. At this time in the afternoon we had not so good weather and the light was not so good to find the frogs but it was very interesting too. We found some other things like different species of fish and also our friends the leeches that we thought was not easy to find one, but this one found us he he. After the exploration in the lake we showed the species we found to the kids and they were very exited about all this new information, and just to see somebody swimming in this very cold water was exiting for them 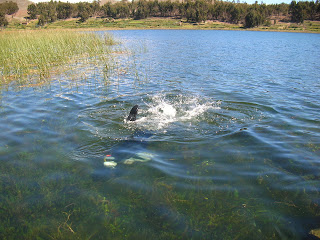 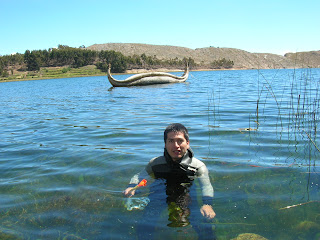 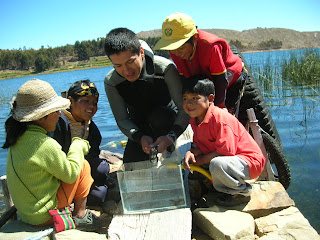 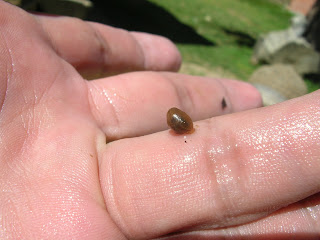 leeches in the lake that want to go with us 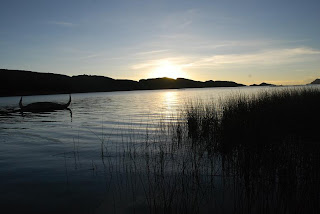 sunset in the lake