A hope for Bolivian amphibians in captivity

Amphibian conservation in Bolivia is just in the beginning, almost nothing has been done. Even in some cases there is no information about the species, natural history, habitat requirements and reprod

uction among others. There are some cases 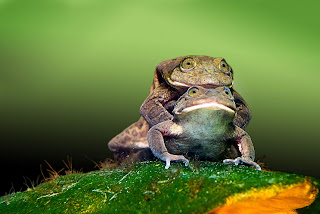 where amphibian species don’t have en

ough time because the different threats like habitat loss, pollution or recently the Chytrid fungus, a disease that is eliminating different population in several places in the world. One strategy that we are

developing besides the resear

ch, capacity building and environmental in-situ education is the captive breeding component, with this work we want to learn as much as possible about some endangered species of Bolivian amphibians mainly focused in the aquatic frogs of the genus Telmatobius which all their species are in the red list of endangered species of the IUCN. 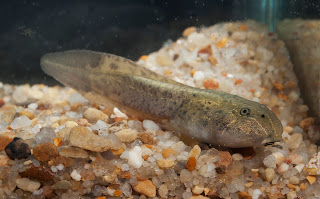 After this step we are very enthusiastic and now we are going to try to work with other species and also try to breed the species that we have in captivity like Telmatobius culeus, now with our new facility that we are building that will allow us to have a better control of different aspects and now we think we will be able to breed this critically endangered species.
for more information about this:
http://www.amphibianark.org/Newsletters/pdf_newsletters/Amphibian%20Ark%20News%2012.pdf 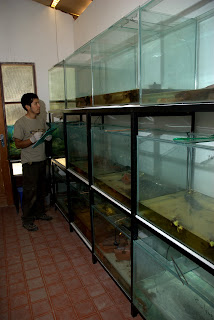 The facility holding some species of Telmatobius 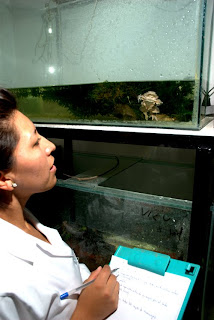 Observations and work with the frogs
Publicado por Arturo en 4:08